GOVERNMENT OF THE REPUBLIC OF CROATIA

The youngest EU member state, a rising tourist destination with a rich cultural and natural heritage, home to many inventors and talented athletes.

Mediterranean and Central European country is a country of 4 million inhabitants. Zagreb, the capital city, is Croatia’s political, economic and cultural centre.

Croatia’s key service sector is tourism, which contributes with almost 20% of the GDP. Croatia is the 24th tourist destination worldwide, it holds the first place in Europe when it comes to the number of visitors per capita. In 2015, 2016 and 2017, the capital city of Zagreb was awarded the title of best Christmas market in Europe. In 2019, the seaside city of Cavtat was voted Best European Destination the port city of Rijeka, has been designated the European Capital of Culture for 2020.

Croatia has a well-preserved environment and is the third country in Europe in terms of freshwater reserves per inhabitant. It has 10% of its territory protected in 8 National Parks, 11 Nature Parks, and 2 Strict Reserves.

At the meeting-point between the West and the East, Croatia has always been part of central European and Mediterranean cultural circles. Located at a site where very different European cultural areas overlap – the Austro-Hungarian, Venetian, Slavic and Ottoman – with Roman and Byzantine legacies still very visible, Croatian culture has been enriched by these multiple influences, while maintaining a strong individual identity, symbolized by the millennium-long use of the Glagolitic alphabet.

The 17 traditions have also been included on the UNESCO List of Intangible Cultural Heritage. One Croatian tradition that has successfully been adopted worldwide is the necktie. An indispensable attribute of male attire, the tie was born in Croatia in the 17th century, tracing its origins to the scarves that Croatian cavalrymen wore during the Thirty Years’ War.

Apart from the genius Nikola Tesla to whom we owe the invention of the induction motor, the alternative current and the first hydroelectric power plant, Croatia has also been home to many other inventors and innovators, such as Ivan Blaž Lupis (torpedo), Ivan Vučetić (fingerprint identification), Franjo Hanaman (tungsten filament light bulb), Josip Belušić (speedometer), Slavoljub Penkala (mechanical pencil and pen with built-in reservoir) and Tomislav Uzelac (MP3 digital format). Most recently, the young entrepreneur Mate Rimac has inscribed himself within this tradition by designing the Concept_Two, the fastest electrical car in the world.

Croatia is recognised as being one of the sportiest nations in the world. Croatia had a high 17th place in the medals table in the last Olympic Games. It regularly punches way above its weight in handball, basketball, water polo, athletics, skiing, rowing and sailing. In 2018, Croatian Grand master won the European chess championship, Croatia won for the second time the Davis Cup, while its football team managed to reach the finals of the World Cup.

A museum–city and unique UNESCO World Heritage Site that had always been ahead of its time. Located in the southernmost part of the region of Dalmatia, on the shore of the Adriatic Sea, the Old city of Dubrovnik is easily the most famous Croatian tourist destination and a UNESCO World Heritage Site. The city’s most visible features are its well-preserved walls encircling the old city, which were constructed between the 12th and 17th centuries and are about two-kilometres long.

As a former maritime and commercial power and rival to Venice, the city used to be the centre of the flourishing and independent Republic of Dubrovnik (1358–1808). Thanks to its policy of neutrality between the Pope in the West and the Ottoman sultan in the East, Dubrovnik managed to preserve its security, independence and continued prosperity. It reached its peak in the 15th and the 16th centuries, before being conquered and having its independence abolished by Napoleon in 1808. After the fall of the French Empire, its territory was reunified with other Croatian lands within the Austrian Empire.

For centuries, the Republic of Dubrovnik had always been ahead of its time. Despite once having the third largest merchant fleet in the world (180 ships) and having played a significant role in global trade, Dubrovnik refused to trade in slaves. So in 1416 Dubrovnik banned slave trading and became one of the first in Europe to do so.

Moreover, Dubrovnik was a pioneer in developing old maritime laws. The regulations concerning Maritime Law contained in the multi-volume Statute of Dubrovnik, promulgated in 1272, are considered the oldest such document in the world. What is more, Dubrovnik’s 1395 Insurance Law is the oldest in Europe, predating the better-known Lloyd's by three centuries.

In 1377 Dubrovnik was also the first town in the world to establish a quarantine hospital, as well as one of the first to have a sewerage system and a 13-kilometre long water supply system, dating back to 1436. A refuge for old people was opened in 1347 and an orphanage in 1432. In addition, the Old city’s pharmacy, opened in 1317 within the walls of the Franciscan Monastery, is the third oldest in Europe and the oldest pharmacy still in use on the continent today. Another testimony of the openness of Dubrovnik and its inhabitants is the city’s Old Synagogue, established in 1352. It is the oldest Sephardic synagogue still in use today in the world and the second oldest synagogue in Europe.

One of the most typical traits of the people of Dubrovnik has always been their love of freedom. This is reflected both in the old flag of the Republic, bearing the Latin word ‘Libertas’, as well as in the official motto of the city, ‘Non bene pro toto libertas venditur auro’, meaning ‘Liberty should not be sold at any price’.

Freedom is also the main theme of the legendary Ode to Liberty, by Ivan Gundulić (1589–1638), one of the most famous Croatian poets, originating from Dubrovnik, the first verse of which starts with the following words known by every Croat: O beautiful, o precious, o sweet liberty!

Even in 1991, during the Homeland War when Dubrovnik was besieged, heavily shelled and endured the hardest time in its long history, the old city successfully resisted and the spirit of its people was never broken. Eventually, the Croatian forces broke the siege and liberated the city in summer 1992.

Today Dubrovnik is a major tourist and cultural destination and one of the most recognizable sites in Croatia. The city's major cultural event is the Dubrovnik Summer Festival which takes place each year from 10 July to 25 August, involving more than two thousand musicians, actors and dancers from many countries. Concerts given in the Renaissance atmosphere of the Rector’s Palace or plays staged on the Lovrijenac Fortress overlooking the waves of the Adriatic inspire as much by the quality of the performances as with the picture-perfect set they are staged on.

In 2003, Dubrovnik was also visited by Pope John Paul II on the occasion of his 3rd pastoral visit to Croatia. The Pope chose Dubrovnik for his 100th papal visit abroad. The city was also a main filming location for Star Wars: The Last Jedi and the Game of Thrones, the famous television series.

GOVERNMENT OF THE REPUBLIC OF CROATIA 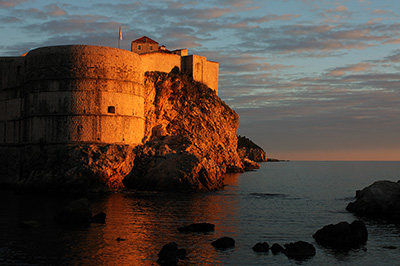 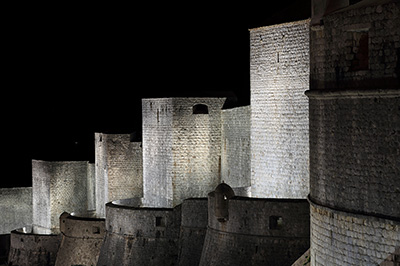 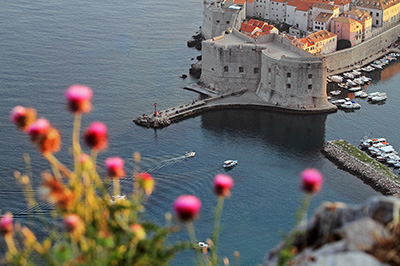 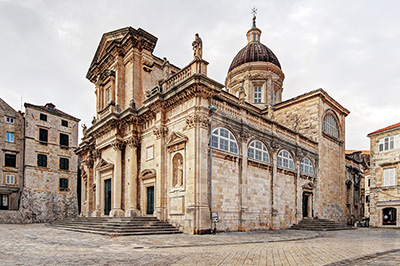 One of the most beautiful destinations in Europe.

Croatia has to be one of the most beautiful countries in the world and Cavtat, located on the Adriatic coast, is a real gem. Breathtakingly splendid, this small town is only 20 kilometres from Dubrovnik. Cavtat will seduce you with the beauty of its landscapes but also the richness of its cultural and historical heritage… and its gastronomy!

Cavtat - a town of many palaces, residences and monuments from Roman times is located on the western shores of Konavle. Underwater Cavtat is the largest underwater site for amphorae in the Adriatic and the Mediterranean. If you take a walk on the waterfront absorbing the scents and sounds of nature, you will enjoy the quiet secluded bays and the exceptional cultural heritage.

In the old part of town there is the house of Vlaho Bukovac, one of Croatia’s most important artists, which is also a museum, studio and art gallery. The Račić family mausoleum is in the cemetery of sv. Rok [St. Rocco] -a masterpiece by the famous sculptor Ivan Meštrović and the Rectors Palace on Cavtat’s waterfront are just some of the sights that appeal to lovers of culture and history.

Cavtat is one of the leading conference destinations in Croatia.